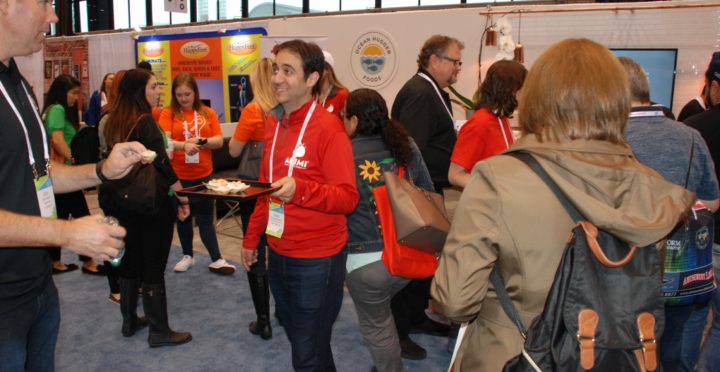 Ocean Hugger Foods, a New York City-based manufacturer of plant-based alternatives to tuna and eel, has declared itself closed.

Co-founders James Corwell and David Benzaquen made the announcement on LinkedIn Thursday, reporting: “Due to the COVID-19 health crisis our world is facing, and the fact that our company sells exclusively to foodservice customers who are suffering greatly during this time, it is with tremendous sadness that we report that Ocean Hugger Foods must cease operations.”

The same message was posted two days earlier on the company website.

Corwell, a master chef, and Benzaquen, the CEO, who previously worked for several anti-animal agriculture advocacy groups, including Farm Sanctuary, launched Ocean Hugger in November 2017 with a tuna alternative product they called “Ahimi”, made from tomato, sesame oil, water, vinegar, sugar and a gluten-free soy sauce.

After debuting their product at the 2017 National Restaurant Association (NRA) meeting, they were able to land a deal with Japanese distribution giant Nishimoto Trading Company and also make it available in the grab-and-go sections of some 20 Whole Food Market locations, next to pre-packaged sushi. That list then expanded to 53 locations in 12 states and the District of Columbia, as well as about two dozen college and corporate cafeterias, thanks in part to a deal reached with publicly traded food-service giant Aramark.

Later, in June 2019, as reported by Undercurrent News, Ocean Hugger launched its eel alternative, “Unami”, made with eggplant and using a patent-pending process to make its product more resemble the firm texture of sushi.

Though some in the seafood industry have expressed concern about plant-based alternatives entering the market, Benzaquen told Undercurrent, while exhibiting at the 2018 NRA show, that he saw his company’s offerings as helpful to the industry.

“Everybody in the seafood industry understands that to allow the industry to survive and to thrive, it requires that we protect the most vulnerable species and that we protect jobs, particularly among coastal fishermen,” he said at the time. “What we’re making possible is protecting cuisines, these livelihoods, by creating a diversity of options.” 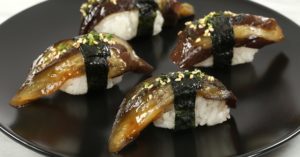 Some distributor partners still have inventory available for purchase by foodservice operators, Corwell and Benzaquen noted in their LinkedIn message, directing anyone interested to their company website.

“We have been honored and privileged to serve our business partners and the general public with award-winning, plant-based alternatives to some of the most endangered species on our planet,” they wrote.

“We will be forever grateful for your belief in our mission, and our business. Indeed, we believe that the need for sustainable, ethical, and healthy food has never been more critical. While we mourn the loss of our business and so many others to the terrible pandemic facing our communities, we hope that our success as a pioneer in plant-based seafood will inspire new entrepreneurs to take action on behalf of our oceans.”